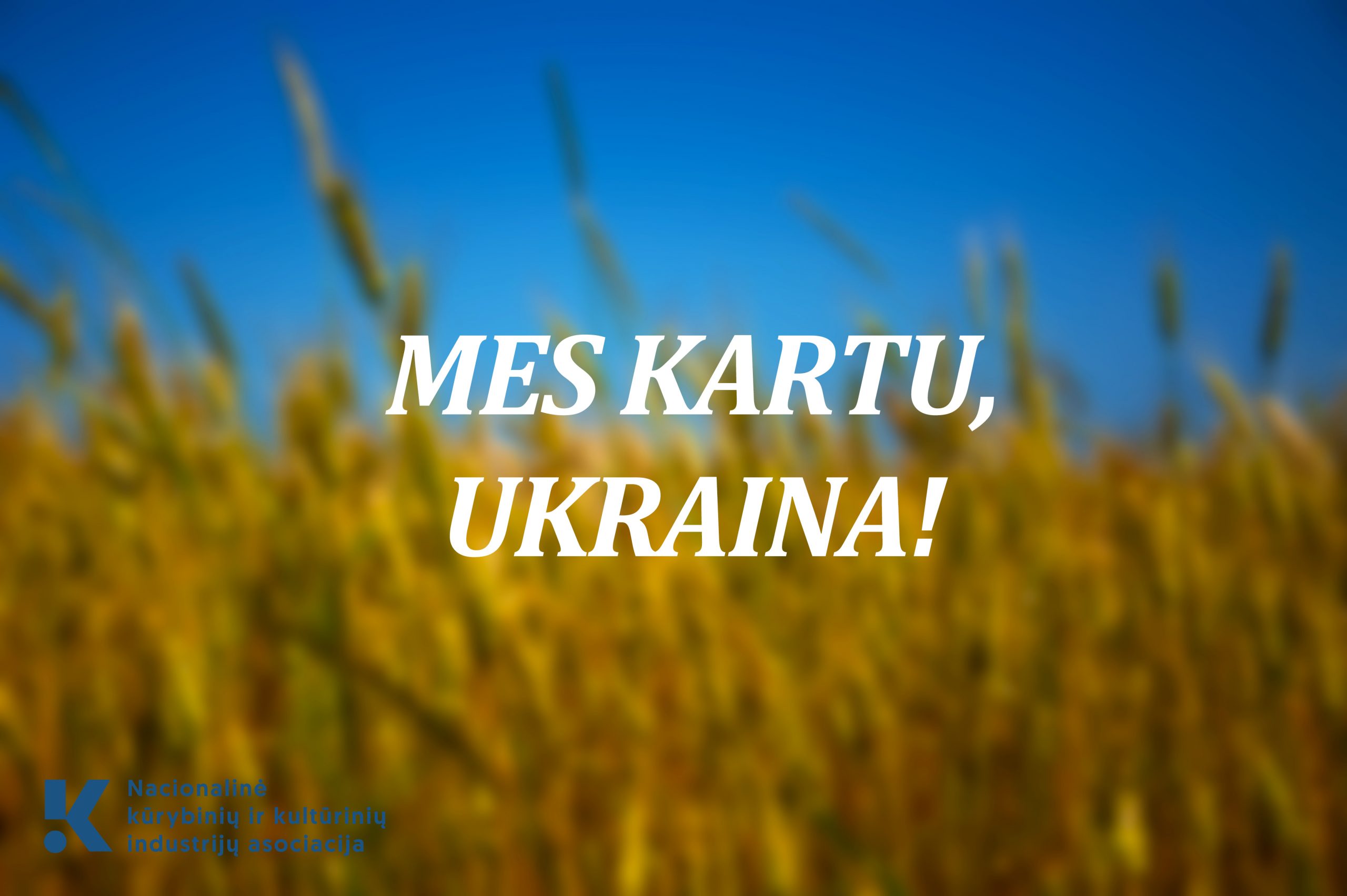 The National Association of Creative and Cultural Industries (NKIKIA) contributes to the support of all Ukrainian citizens and condemns any act of Russian aggression against a sovereign country. Representatives of NKIKIA called for contacts with cultural organizations and their representatives in Ukraine and encouraged speaking out loud about gross violations of international law and military intervention against a free independent state, the media reported.

“We condemn and do not tolerate in any way the actions of the war launched by Russia, which took place on 24 February and was directed against the democratic state of Ukraine. On behalf of the National Association of Creative and Cultural Industries, we invite cultural representatives to gather and support the Ukrainians and spread the word about the situation throughout Europe which is very painful and extremely difficult for everyone” says Živilė Diavara, Chairwoman of the NKIKIA Board.

A report released by the Ukrainian Cultural Foundation says the country is ready to defend its freedom but needs support and help. NKIKIA calls on the creative sector to support Ukraine in its legitimate struggle to defend its country and its democratic values. The association encourages the organization of targeted cultural events to support Ukraine. Ž. Diavara emphasizes that it is currently very important to spread the word about the current situation in Ukraine to the world and to provide concentrated assistance to those there, whose main carriers in Lithuania are Blue / Yellow, the National Volunteer Coordination Center “Strong Together”, and five NGOs: The Lithuanian Red Cross, the Food Bank, Caritas Lithuania, the Maltese and Save the Children join forces to provide assistance to Ukrainians fleeing the war in Ukraine to Ukraine.

NKIKIA also urges the representatives of the Russian intelligentsia not to remain silent and to speak out against the war. “We believe that the representatives of the Russian intelligentsia and culture know that what is happening is disastrous not only for Ukraine but also for the whole of Europe, therefore we invite you not to accept the consequences of the war and speak out,” urges NKIKIA board member, Lithuanian Design Association. Chairman Algirdas Orantas. Laurynas Žakevičius, a member of the board of NKIKIA and the founder of Low Air Dance Theater and School, also expresses support for Ukraine and addresses the artists living there: Blue / Yellow.